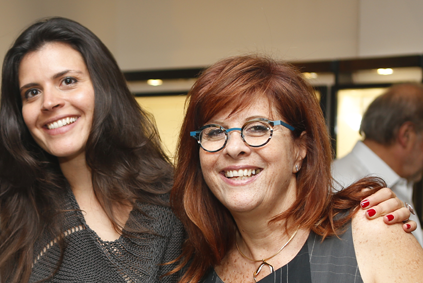 RandaTabbah is a contemporary jewelry designer based in Beirut, Lebanon. Born into a long line of jewelers, she established her own line in 1993 after studying Fine Arts at Beirut University College and jewelry design at l’Ecole de Bijouterie et de la Joaillerie (HBJO) in Paris.

Still in Paris after her studies, Randa started designing jewelry and soon attracted the attention of a well-known studio that boasts an impressive client list of haute couture and high fashion houses. She was granted the opportunity to work alongside very talented designers and hence honored her skills in a most creative and artistic setting.

In 1993, Randa returned to Lebanon to create her own line of jewelry.

Her works are housed in her boutique in downtown Beirut and she displays her collections in several jewelry exhibitions throughout Europe and the Middle East. In 2002, Randa’s “New York” collection was aptly exhibited in the Aaron Faber Gallery in Manhattan and her designs were awarded the International Tahitian Pearl Trophy by Perles De Tahiti GIE. In 2004, she was asked to join other Lebanese designers at the Salon Du Meuble in Paris to showcase one unique piece especially created for this event. Selected by Arte y Joya magazine amongst other international designers, she also took part in the BASELWORLD Watch and Jewelry Fair in Switzerland.

No credit card required, unsubscribe at any time. pagevamp.com